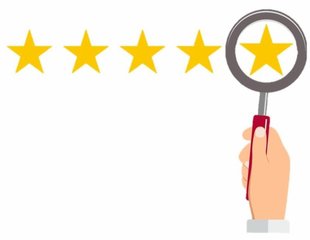 Background: The report below is for a LASIK and cataract surgeon from the east coast of Florida. Like many surgeons or dentists, he had only about 20 reviews spread across a number of reviews sites.

Problem: Due to the relatively small number of reviews, the negative reviews stood out and had an outsize influence on his online star rating. He noticed that the number of patients who scheduled consultations but then cancelled surgical appointments was rising. He asked his staff to follow up on a few of these patients, and they all said the same thing: “I read his reviews and decided not to have surgery with him.”

Solution: The practice implemented the CEATUS reviews strategy. The results are shown below. In the space of 6 or 7 months, the average online score improved from a dismal C+ (3.5 star rating) to an A (4.6 star rating). The number of online reviews also increased fourfold (from 20 to 80). The surgeon experienced a significant increase in revenue from the same quarter the previous year. Bottom Line: Reviews do equal Revenue!! This is not a Trick, it’s a TREAT!!