CEATUS turns around a bad case of lacking reviews 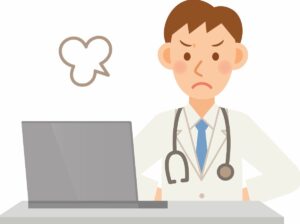 Background: A prominent LASIK and cataract surgeon from South Florida has a longstanding, very successful practice. Like many eye surgeons, he has operated on thousands of eyes over the years; as a result, he has accumulated reviews.

Problem: Although he had acquired a good number of positive reviews, unfortunately, as is often the case, his negative reviews were hurting his online reputation. In total, he had about 50 reviews distributed across the 75 health care-related review sites. Because of a handful of negative reviews, his average review score was 3.7 on a 5 point scale (i.e., a solid C). Compounding this problem was the fact that the negative reviews appeared at the top of some of the most popular review sites.

Solution: He needed more positive reviews to increase his overall online rating and push down the negative reviews. So in May 2015, our South Florida eye surgeon’s practice implemented the CEATUS Reviews Management program. They used the exclusive CEATUS Text Option to solicit positive reviews, particularly during their patients’ post-op consultations — when patients were experiencing the “WOW” factor that so many feel after LASIK or cataract surgery. (The best time to solicit a review is when the patient is most excited about the treatment.)

Now, his positive reviews have have given him the stellar score that he deserves and have overwhelmed the few negative reviews that used to show up at the top of the reviews sites. Even more importantly, his new reviews strategy has increased his practice revenue. The graphs below show how his number of reviews and review score increased over the last year. 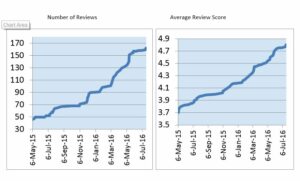